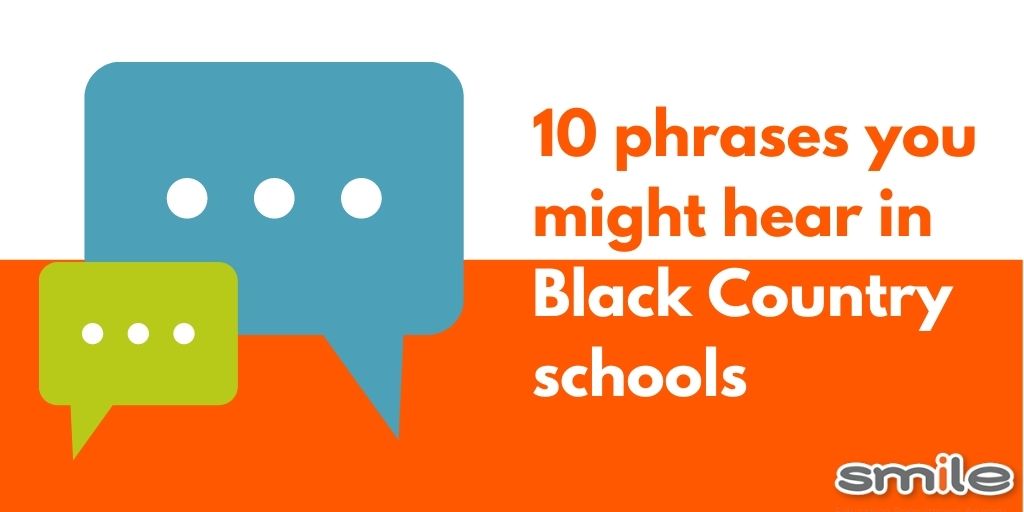 As a West Midlands based teaching agency, we support lots of school staff in the Black Country and Birmingham areas with their job search. This means that we get to hear all sorts of accents and phrases on a daily basis. A personal favourite of ours has to be the Black Country dialect.

So, we thought we’d have some light-hearted fun and take a look at 10 Black Country sayings that you might hear in schools and what they mean.

Typically said by a pupil who may or may not has been caught out doing something they shouldn’t be doing and protesting their innocence.

Usually said by a teacher or another member of staff about a child who is unwell.

-It’s just a scrage - translates to - It’s just a graze or a scratch.

You’ll hear this phrase a lot in the playground across schools in the Black Country when a child injures themselves at break time.

-Cor be bovvered - translates to - can’t be bothered

Said by students and teachers (in the comfort of the staff room) alike. Most likely to be said in the afternoon when the tiredness starts to kick in.

Said when you’d like someone to repeat themselves. Not usually perceived as very polite.

-Gorra cob on - translate to - in a mood

Most likely to be said by a teacher to a teaching assistant or vice versa following a pupil’s reaction to being told off.

Another phrase you might hear on the playground or in the classroom when a child is upset.

-Goin’ round the Wrekin - translates to - long-winded

There are two possible scenarios where you might hear this phrase used. One when someone tells a particularly detailed story (this could be a child or a teaching colleague) or on your commute to work - that is if you take a bus that takes the long way around.

Famously heard by teachers in the Black Country when asking for homework to be handed in.

Ivverin' an' ovverin' is typically done by students, who hope that by messing around or moaning the teacher will abandon the task.

Are there any we missed? If so, let us know in the comments below.