Getting to know the Erdington Schools Collaboration 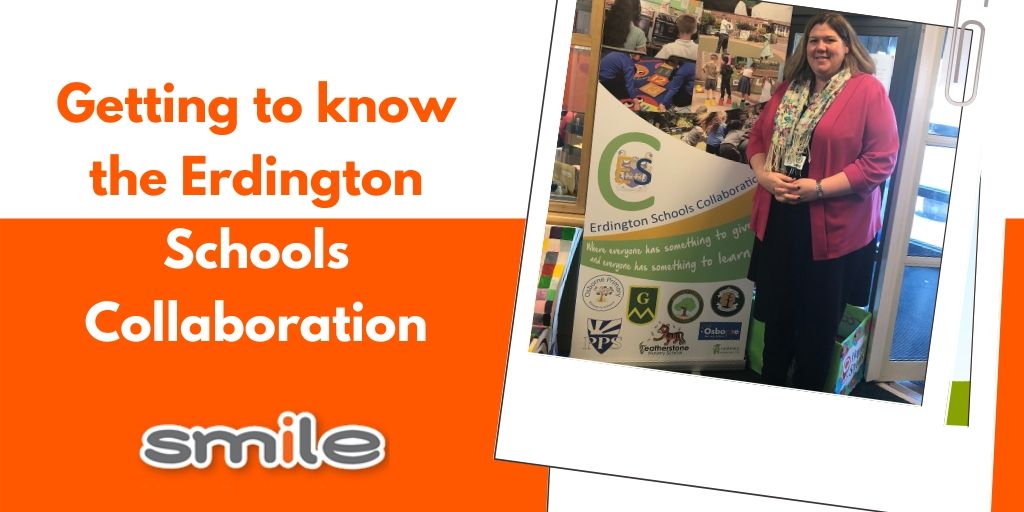 We are committed to giving you another reason to smile and spend a lot of our time supporting local communities and fundraising for charity.  So much of our time, in fact, that this year we won APSCo’s CSR Initiative of the Year Award. But we know that we are certainly not alone in our way of thinking and so we did some digging and came across the Erdington Schools Collaboration (ESC).

What is the Erdington Schools Collaboration, we hear you cry? Well as you may have guessed from the name it’s a group of schools which work together collaboratively. What really caught our eye about the ESC is that their values are very similar to ours and so as you can imagine we couldn’t wait to sit down and chat with Headteacher and ESC committee member, Anna.

Anna is the Headteacher at Birches Green Infant School which is one of the 7 schools which is involved in the Erdington Schools Collaboration which formed in 2017. We spent an hour or so with Anna and quizzed her on everything ESC and her journey to becoming Headteacher, something which we know that our NQTs would be dying to know about!

Everything you need to know about the Erdington Schools Collaboration

The Erdington Schools Collaboration is not a multi-academy trust (MAT). Nor is it a consortium. It’s not about branding, taking over schools or making a profit. Instead, it has three simple aims:

* To ensure best possible outcomes for their students.

While this might not be something you hear a lot about in the education sector, it’s clear that it is something which is working for the 7 schools involved, which include:

What makes this different from other school organisations is that each of the headteachers has autonomy over their school. They call the shots, they make the decisions and they don’t report to a CEO. What they do, however, is support one another. They do this by looking at each school’s strengths and weaknesses and then matching them with another school in the collaboration. It’s not uncommon for teachers to visit different schools to see how they can improve their own lessons.

As well as supporting each other, the ESC is also supported by a school improvement advisor, who they meet with each term. During that meeting they review what they are doing well, what they aren’t doing so well and how they can work together. The aim of it being to focus on the positives. A very similar format to our internal reviews actually!

All of the collaboration staff members from business managers to lunch supervisors also meet once a year, when the ESC hosts its annual training day. This offers teachers and support staff the chance to network, share ideas and talk about any issues they might be having. That doesn’t mean to say that this only happens once per year! Almost all positions in the school have dedicated focus groups chats meaning that the line of communication between them always remains open. We mean, if that’s not a reason to want to be a part of this collaboration, we don’t know what is!

Anna herself said that she found this particularly useful, as this headship was her first. Previously Anna had worked at Boldmere Junior School as a year 3 teacher, before becoming Deputy Head at New Hall School and now Headteacher. She said that working with other more experienced heads as part of the Erdington Schools Collaboration and having their support and advice has helped her to become a better headteacher.

But it’s not just the teachers that get together, the students do too! In 2018 the schools all ran a Rainbow Day with each of the schools dressing in all the 7 colours of the rainbow (one colour for each of the 7 schools). The school’s even Skyped to choose which charity they would raise money for, with Birmingham Children’s Hospital coming out trumps. Not only did the collaboration raise lots of money but the event also showed the children what working together was all about.

One of the things that we love most about the collaboration and that really stood out to us was its motto:

This way of thinking is perfectly embodied by the ESC in everything that they do from the top down and all the way back up again. We just can’t believe that there aren’t more schools doing the same!