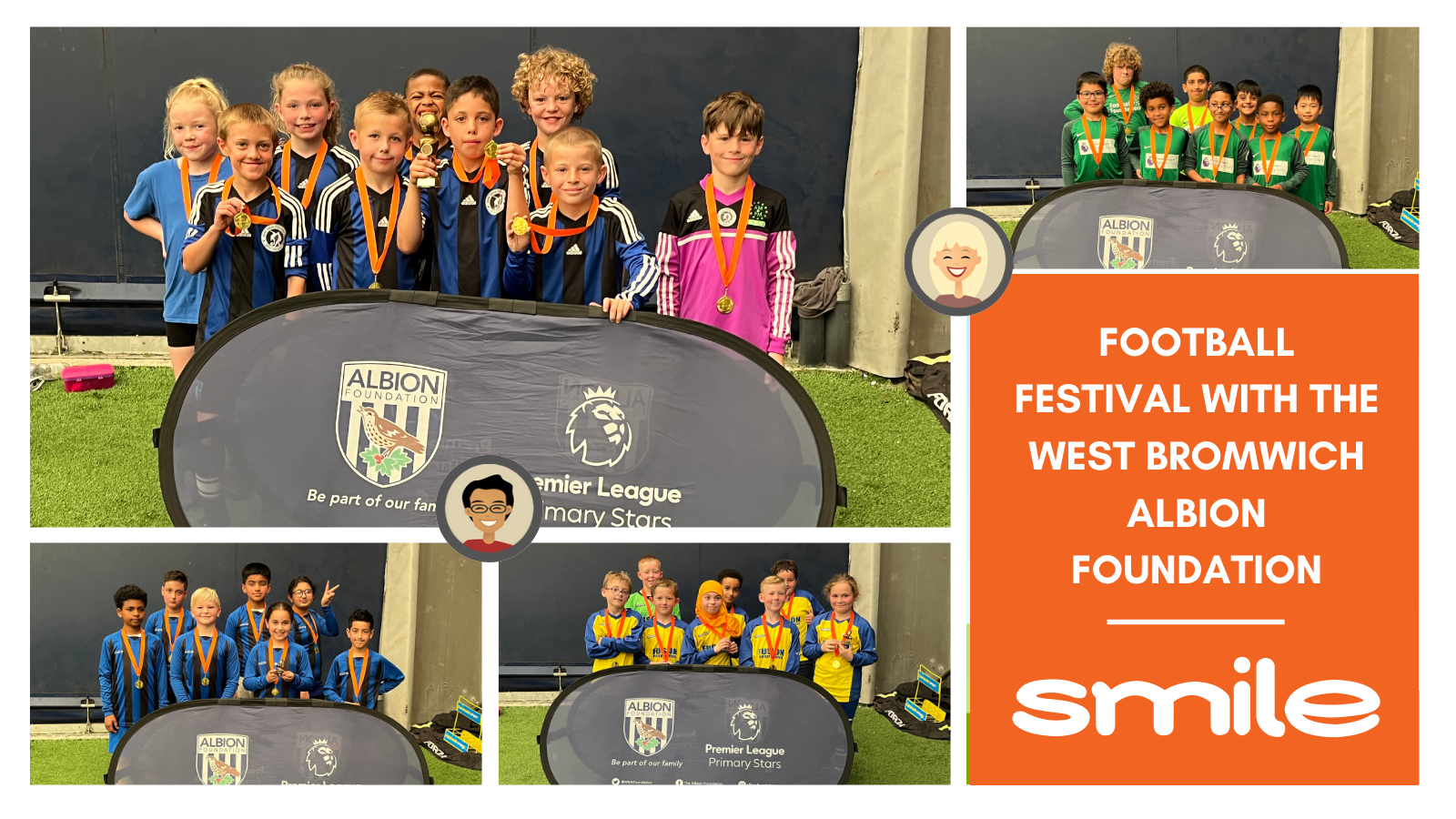 We’ve had the pleasure of working with the Albion Foundation since 2018 to bring football to children in primary schools across Birmingham. This year was no different and we had 15 schools join us for some football fun.

The festival was open to all of the mainstream primary schools that we work with and was aimed at students, both boys and girls, in years 3 and 4.

The tournament was a success in more ways than one! Feedback from schools that attended the event was great with 100% of the schools stating they enjoyed the event. Comments from the staff that attended stated:

“The staff at Smile were amazing. It was a great morning out with the children and I really appreciate how well-organised the tournaments were.”

“I really enjoyed getting the children involved in football, it was a great opportunity and a lovely day.”

Furthermore, the event gave students from a range of different backgrounds the opportunity to get involved in sport and have some fun. 17% of the students that participated were girls who defied the gender norms and proved that they were just as good (if not better than the boys!).

While 28% of students playing during the festival were British Asians. Shockingly despite British Asians making up 7.5% of the population only 0.3% of British Asians of professional footballers. Festivals like this one give expose children to just how fun sport can be as well as potential scouting opportunities which should help to get more British Asians on Premier League football pitches!

Each of the students who participated in the festival received a medal and four of the schools took away trophies for best displaying the Albion Foundation's values; be connected, be ambitious, be inspiring and be fair.

If your school would like to receive an invite to our next football festival with the Albion Foundation, get in touch.

What you need to do to pass your ECT years

Books with LGBTQ+ themes for your students

What schools are looking for in their ECTs