If Marvel superheroes were teachers... 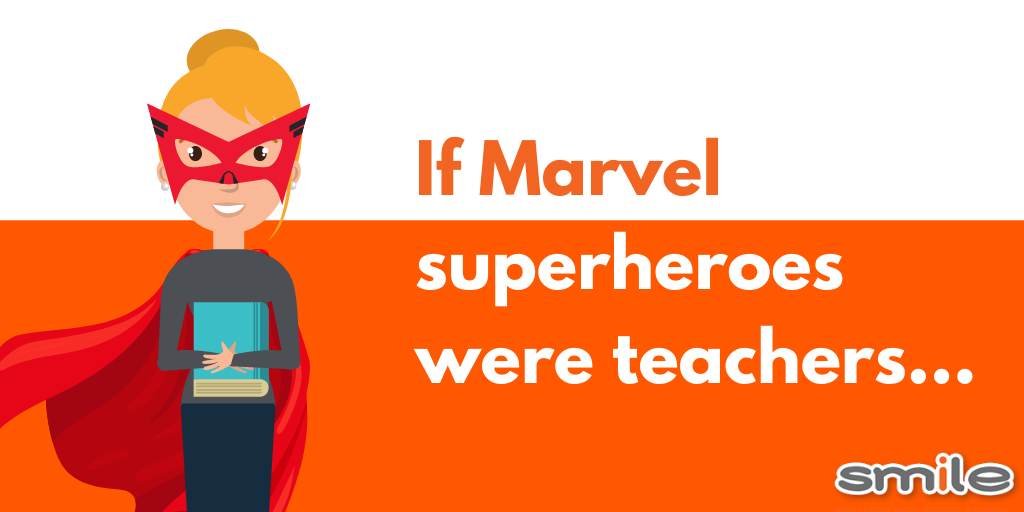 As an education recruitment agency, we work with real-life superheroes every day. Teaching children isn’t an easy feat but the world depends on it and teachers are here to help.

This got us thinking, if Marvel superheroes were teachers what would they teach?

Peter Quill loves only two things in his life; his mom and his music. He carries his walkman everywhere with his mix of classic 60s and 70s songs. We believe this passion would get his students inspired in the classroom and excited to learn about music.

As a god himself, who would be a better teacher of religious studies than Thor. Thor has extensive knowledge of his brothers and sisters, the beliefs of his people and the struggles of morality making him the perfect teacher.

Vision is polite, calm and thoughtful making him the perfect English teacher. His genius-level intellect and ability to reason with enemies would prove helpful when analysing text and dealing with children.

Stark’s background in engineering means he knows how to work with numbers. His soft spot for Peter Parker alongside his stern personality shows that he would be a firm but fair teacher.

His intensive physical and mental skills mean that Hawkeye has been able to self-train himself in a variety of different weapons and in the comics he even had a student so he already has experience in teaching. We also think that archery would make a very exciting PE lesson!

Before he became Dr Strange, Stephen was a surgeon. With all of the years of study it takes to become a surgeon Dr Strange would be well-prepared to teach about the human body during his Biology lessons.

Dr Bruce Banner is a renowned scientist, physicist and medical doctor. His passion for physics was even what led to his Hulk transformation due to his exposure to gamma rays. We think watching him turn into the Hulk would be a very exciting practical!

Spiderman is not a stranger to a science experiment. His knowledge of chemistry is what allowed him to create those awesome webs he uses to fight crime and swing from buildings. His creativity and love for fun would lead to some thrilling practicals in class

Captain America hasn’t just learned about history, he has lived it. He would be able to really bring alive the history students are learning about making it that much more interesting.

Storm’s superpowers allow her to control the weather so it’s safe to say she has an interest in Meteorology. Plus she worked at Xavier’s School for Gifted Youngsters so she already has experience working with children.

Loki’s ability to shapeshift and his tendency for mischief wouldn’t work quite as well if he couldn’t put on an act. His students can learn about how really becoming your character can add to your performance.

Shuri’s master of technology is one of the reasons Wakanda is such an advanced nation. As the leader of Wakanda Design Group, Shuri knows what it means to be organised and the importance of planning and working with others. She would be a perfect ICT teacher that would be sure to inspire her students.

If you think we have got anything wrong or there are more fitting superheroes for the subjects listed leave a comment below!

Fancy yourself as a real-life superhero have a look at our latest roles or send your CV to us today.