Female teachers that changed the world 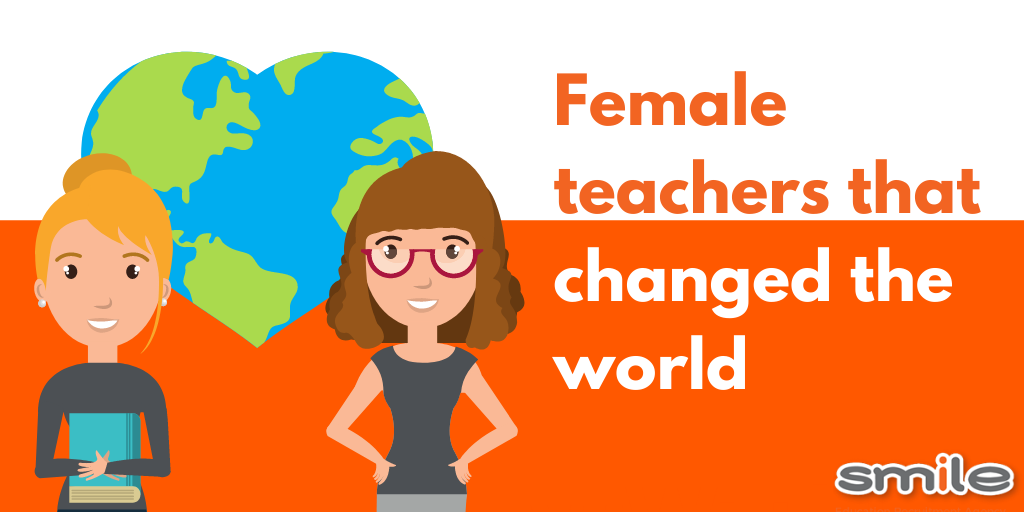 Teaching was one of the first-ever acceptable career choices for women across the world and is still one of the jobs most favoured by women today. In fact, more than 75% of teachers in the UK are women so, it’s no surprise that they’ve made quite a big impact on the education sector over the years.

We couldn’t let Women’s History Month go by without mentioning some of the incredible female teachers who have changed the world.

Growing up in the Palestine refugee camp, Hanan Al Hroub was regularly exposed to violent acts. After her children were traumatised by a shooting incident while walking home from school, she decided to go into primary education. Her focus was to support students who, like her children, were traumatised by their violent environment and tackle the problem of youth violence head-on.

Hanan embraced the slogan “no to violence” and encouraged her classes to work together, creating positive interpersonal relationships. Her specialised approach led to a decrease in violent behaviour in schools and as a result, was adopted by her colleagues. For her efforts, Hanan was actually awarded the Global Teacher Prize in 2016.

Barbara Morgan was the first teacher in space. She is one of NASA’s first Educator Astronauts and logged over 305 hours in orbit!  Starting out her career as an elementary teacher (aka a primary teacher to us in the UK), she was selected out of more than 10,000 applicants to s a mission specialist in 1998, and flew into space aboard Endeavour in 2007 with STS-118, an assembly mission to the International Space Station.

When responding to a question about whether there existed similarities between astronauts and teachers during her preflight interview, Morgan responded:

“Astronauts and teachers learn and share; they explore; they discover; and then they go learn and share some more. And that’s what this is all about.”

Cardiff-born Ann Cotten left her regular teaching job to start her own Campaign for Female Education also known as CAMFED. The organisation educates young women in rural Africa. CAMFED graduates have become rural businesswomen and have become role models for their community due to their economic independence.

5,000 of these graduates have become teachers themselves, further creating positive change and empowering African girls to uplift them out of poverty.

Engaged at age 5, Kakenya experienced female genital mutilation (FGM) to prepare her for marriage. She was on track to live a traditional life but negotiated with her father to go back to school instead.

After securing an offer to study Education at the University of Pittsburg she went back to help her village. Kenya’s Dream, an international non-profit, was founded and aimed to educate girls and put an end to FGM and child marriages. The Kakenya Centre for International Excellence boarding school opened in 2007, welcoming 30 children. Now, through three holistic and girl-centred programs, Kakenya reaches thousands of girls, boys and community members.

Evidently, women have done so much to not only offer opportunities for education but to also improve it. Undoubtedly, there are many women missing from this list who have like Hanan, Barbara, Ann and Kakenya who have transformed the education system in some way. That doesn’t make them any less special, it just means that we might not have discovered them yet!

Think we’ve missed an important educator off this list? We’d love to find out more about them; tell us in the comments below.

And don’t forget if you’re looking to make a difference through education look at our latest jobs or send your CV to us now to begin your registration process.