5 Life lessons you can learn from Star Wars 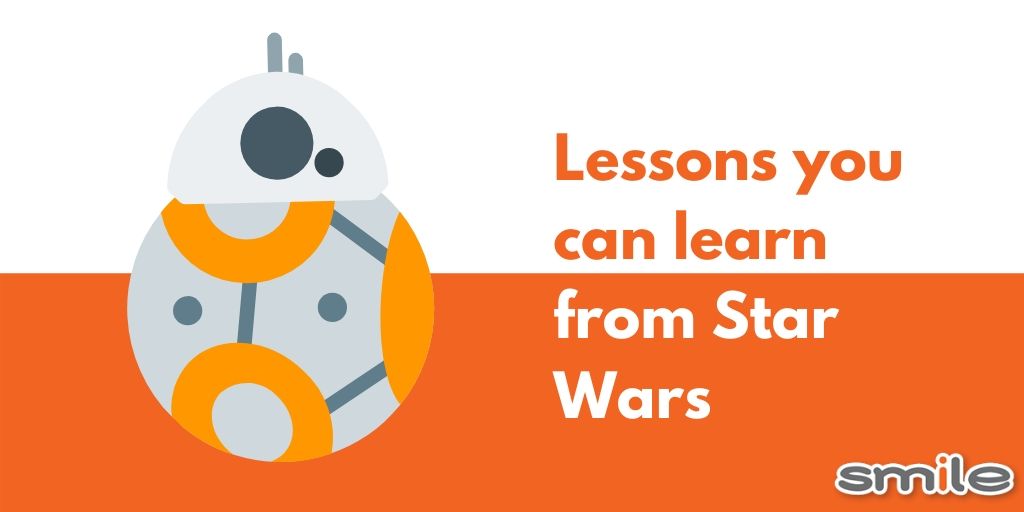 Not only lessons have to take place in the classroom. In fact, some of them may take place in a galaxy far, far away. In honour on Star Wars Day, we have shared 5 life lessons that you can learn from watching the Star Wars movies. Don’t believe us, keep reading.

Your actions are what define you

Firstly for those of you who have never watched Star Wars, it is important to know that the force is neither good, nor evil. It just simply is. How someone uses it determines whether it is light or dark. This is not too dissimilar in real life, where people judge you on your actions rather than your intentions. Therefore it’s important to learn that everything that you do in life has consequences and it is entirely up to you how you choose to behave.

You can be both a princess and a warrior

Forget what you may have heard. You don’t have to choose between being a princess or a warrior. You can be both - just like Princess Leia. Princess Leia is the epitome of girl power and shows little girls everywhere that being a girl does not make you inferior in any way.

Appearances can be deceiving

We often judge people based on their appearance, whether we like to admit it or not. But Star Wars shows us that your first impression of someone may not be the right one. First instance, Luke sees Yoda as an annoyance but Yoda actually goes on to play integral parts in not only the Clone Wars but he instruction of Luke Skywalker, and unlocking the path to immortality.

Diversity is a strength

The Rebellion is made up of an eclectic mix of humans, aliens, droids and it embraces each one and its differences. On the other hand the Galactic Empire discourages diversity. However, in the end it is the Rebellion who win the war by working together and using their individuality as a strength rather than a weakness.

Star Wars reminds us that we can do amazing things like rescue a princess, become a Jedi Knight or get 10/10 on that spelling test. It teaches us to never stop dreaming no matter where we come from, whether it’s Tatooine or a city like Birmingham. And more importantly it teaches us to chase that dream and make it happen.

See? We told you. You can learn a lot from Star Wars and you don’t need to leave your sofa to do it. Happy Star Wars Day!