Black pioneers who have influenced education 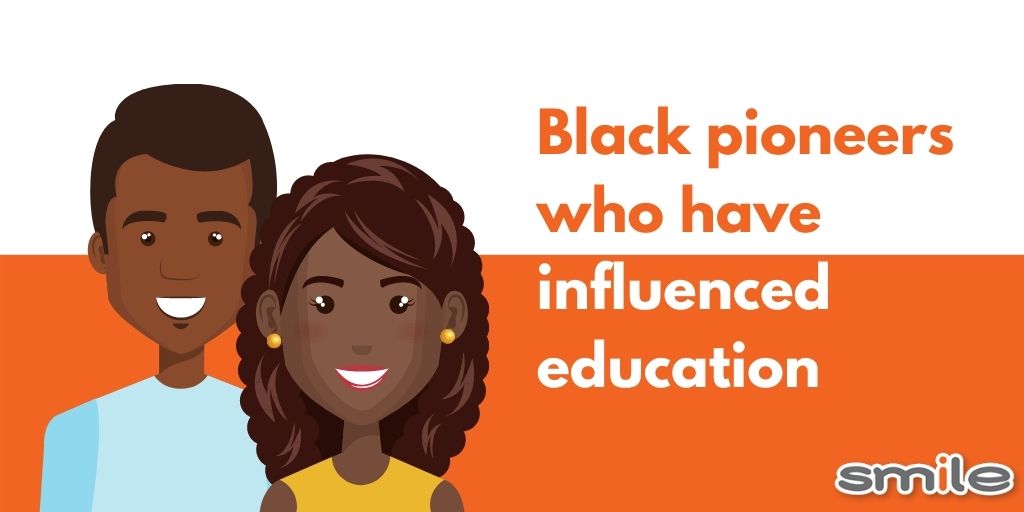 As it’s Black History Month, we wanted to do a special spotlight on those from the black community, both past and present, that have influenced and changed education for the better.

Arriving from Jamaica in the early 60s she had worked her way up the teaching profession eventually becoming Britain’s first ever black headmistress at a primary school in London. Her appointment generated a lot of media interest but, despite receiving racial abuse she continued to deliver a good educational service to her school and its pupils. She also helped to set up a Caribbean Teaching Association to assist people of non-white heritage in the education sector - an association which help many in the profession.

This year, Yvonne has become Recipient of the 2020 Honorary Fellow of Education award at The Naz Legacy Foundation annual reception.

Malorie Blackman’s goal was to “make reading irresistible” for young people and she most certainly accomplished that. The best-selling author, best known for her Noughts & Crosses series, works with various organisations to encourage reading and literacy in children of all ages.

In 2013, Malorie became the first ever person to take on the role of Children’s Laureate - a position initially awarded in the United Kingdom once every two years to a "writer or illustrator of children's books to celebrate outstanding achievement in their field."

Britain’s first ever black school teacher, Tom Jenkins, opened up his own school after his application to teach was rejected by his former school. He become so popular that at one point he had 45 pupils when the school that rejected him only had four.

Tom’s former school in Teviothead was designated as a listed building in 1987 and a brass plaque commemorating his career was unveiled in 2003 and can be found on the front of the building.

Lavinya Stennett is founder and CEO of Black Curriculum which is a social enterprise working to teach and support the teaching of Black history all year round. - not just once per year! The 23 year old and her team are on a mission to create fully rounded citizens through the education of Black British history, both in and out of schools.

As a movement they focus primarily on the arts such as drama and poetry and offer training across the country to give teachers the confidence and knowledge to teach black history in all lessons.

Dame Jocelyn Barrow initially taught in several schools in Hackney, before becoming a teacher-trainer at Furzedown College.It was in these education settings that she observed the huge differences in funding and resources between middle class, mainly white schools, and working class, mainly black schools. Looking to correct this imbalance, she pioneered multicultural education which stressed the needs of different ethnic groups in the UK. This was the first step in a process which is taken for granted in schools today.

The UK’s first ever black headteacher was Tony O’Connor, who was appointed headteacher at  Bearwood Primary School in Smethwick in 1967. At the time the area was known for its racial tensions with Peter Griffiths's election campaign to become Smethwick's Conservative MP in 1964 was arguably the most racist in British history.

Tony remained undeterred by this and the racism he suffered, he remained in his position for 16 years and is remembered fondly by the school’s pupils and those who worked with him.

Len founded the African and Caribbean Educational Resource (ACER) and began by pioneering education packs at Dick Shepherd school, in Brixton, south London. The project was supported by the Inner London Education Authority, and ACER materials have since been used all over the country.

ACER also spawned a series of schemes for older children and young adults, the best known of which was the Young Penmanship awards for creative writing. These helped to launch the careers of several black professionals, including music critic Clive Davis, novelist and barrister Nicola Williams, playwright Michael McMillan and Dr Michael Beckles.

There are, of course, countless more people of colour who have done amazing work across the world to influence and improve education. We’d love if you could share some of them we may not have mentioned below.